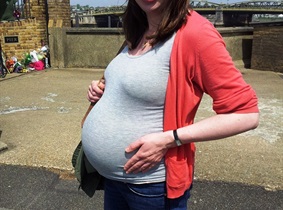 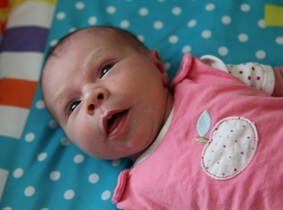 Becoming A Parent When You Have Chronic Depression

Written by Lucy who blogs at Mrs H's Favourite Things

The Beginning Of The Story

However, years before trying for a family, I was in no position to have children. I was severely ill with depression and anxiety and could barely function. I could not look after myself and the thought of becoming a parent seemed unrealistic and terrifying.

Almost a decade later I was married and happy. Although still on antidepressants my depression was under control and I was at a stable place in my life. My husband and I decided that we wanted to start trying for a family.

Our next step was to consult my psychiatrist. The antidepressants that I was taking were unsuitable in pregnancy and we knew that it would not be sensible for me to come off medication entirely.

I, therefore, had to be put on an antidepressant that would be suitable for my chronic depression but that would also be safe for pregnancy and breastfeeding.

So we began the process of weaning me off the antidepressant that I was taking. Once that was out of my system, the new antidepressant, sertraline, was gradually introduced.

Trying For A Baby

I had been on the full dose of the new antidepressant for a number of months and was feeling happy when we started to try for a baby. I was fortunate to get pregnant very quickly. But sadly at 10 weeks pregnant we were told that I had suffered a missed miscarriage which would need to be medically managed.

The miscarriage was heartbreaking and we were devastated. But we decided that we didn’t want to leave it too long before trying again.

My second pregnancy was monitored more closely. Due to the fact that I was taking antidepressants, had a history of depression and anxiety and had experienced a miscarriage. I saw my doctor regularly, discussed my depression with my midwife and was referred to a consultant at the local hospital. They also kept a close eye on the baby's health and made sure that the baby was not experiencing any adverse reactions to the anti-depressants. It was a lovely pregnancy with few problems.

In May 2013, I gave birth to our darling daughter. Three years later, our son was born. And my psychiatrist was right. Becoming a mother has been the making of me.

It is hard. And there are tears and I often feel like giving up.

But I don’t give up.

Every morning, I get out of bed and I look after my children. My children come first. My family comes first. They are my life. And their love makes me a better person. In every way.