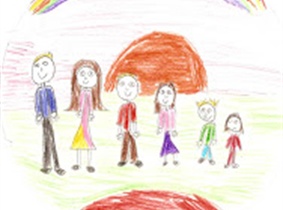 The GP's role in responding to child maltreatment: time for a rethink?

The GP's role in responding to child maltreatment: time for a rethink?

This follows on from the RCGP publication in July 2014 of a document describing the role of GPs in responding to child maltreatment.

'GPs are ideally placed to spot early warning signs of child maltreatment and to work with families to prevent them from getting worse, according to a joint report by the Royal College of General Practitioners (RCGP), leading children’s charity NSPCC and researchers from UCL and the University of Surrey.

The report ‘The GP’s role in responding to child maltreatment’ claims that giving family doctors the time, support and autonomy to work with vulnerable families in the community – as well as referring cases to social care services - could benefit children and families in the short and long term.

Children’s health accounts for a significant proportion of a GP’s entire workload and GPs follow strict guidelines and procedures on child safeguarding. But children’s experts say that GPs’ skills in building and maintaining a relationship with patients and treating the ‘whole person’ - rather than a single condition – and their families mean that they are ideally placed to take more of a leading role in addressing social and emotional issues relevant to health.

According to the NSPCC there is a large gap between cases of child maltreatment in the community and the proportion of cases receiving attention from children’s social care.

For every child who is subject to a child protection plan, they estimate that there are another eight not receiving services, and that this could be even higher.

The report suggests that GPs, as a first and on-going point of contact for parents and their children, are well-placed to work with other front-line professionals to act on concerns about issues such as child neglect and emotional abuse.

This could include providing long-term support and monitoring of children and wider family members, as well as advocating for parents to help them find their way through the health and social care systems and advising and coaching parents about their own health issues,  which affect their children, such as alcohol use or mental health problems. GPs can do this by building relationships with families and using their skills and expertise, as well as those of the wider community health team, such as health visitors.

Drawing on a comprehensive analysis of policy, practice guidance and research evidence, the report calls on governments and policy makers to re-think the role of GPs and maximise the potential of the crucial doctor-parent and doctor-child relationships to create a public health approach of early intervention to reduce child maltreatment.

The RCGP has previously worked with the NSPCC to develop an innovative child safeguarding toolkit for GPs, which is currently being updated for release later this year.'