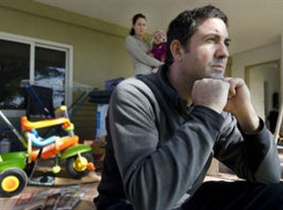 'The findings show that on entry to the programme, the sample of troubled families had the following characteristics

•82% of families had a problem related to education – such as persistent unauthorised absence, exclusion from school or being out of mainstream education

•71% of families had a health problem

•54% of families were involved in crime or anti -social behaviour

•42% of families had had police called out to their address in the previous six months.

•Over a third of families (35%) had a child who was either a Child in Need, subject to child protection arrangements or where a child had been taken into care
•One in five (22%) had been at risk of eviction in the previous six months
•In nearly three quarters of families (74%) families there was no one in work compared to 17% of households nationally

•In 83% of families, an adult was receiving and out of work benefit compared to around 11% of the population nationally

•70% were living in social housing compared to 18% of the population nationally.'