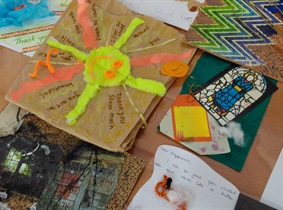 We now understand that early exposure to stressful or traumatic experiences causes an over activity of the child's stress response and that this can increase their risk for learning and behavioural difficulties as well as increasing their risk of health difficulties in adulthood such as heart disease and stroke. We know that early intervention makes a difference and that when the adults around the child understand what's happening in their child's brain and body they are able to make changes to support their child. This is the strong thread of hope in the science of stress and resilience.

Prolonged activation of the stress response systems (toxic stress) can disrupt the development of brain architecture, affect immune systems, hormonal systems and how our DNA is read and transcribed. In pregnancy and very early childhood the brain is particularly susceptible to the affect of toxic stress but the affect of the alteration to brain architecture may not be apparent until the child is 7 or 8 years old. This is known as latent vulnerability.

Toxic stress occurs with strong, frequent or prolonged adversity in the absence of a buffering (emotionally responsive) adult caregiver. It is characterisd by disruption of brain architecture and other organ systems. Toxic stress can be buffered by the child having a relationship with a responsive (empathic /emotion coaching relationship style) adult. Toxic stress is associated with poor impulse control and difficulty with emotion regulation and executive function leading to dificulty planning and managing life experiences. Toxic stress is also associated with a higher risk of developing physical illnesses such as diabetes and Ischaemic Heart Disease.

The first major Adverse Childhood Experience (ACE) study took place in two waves beginning  in the 1990s. Kaiser Permanante in San Diego was the perfect place to do a mega study because members already were routinely assessed with a biopsychosocial medical questionnaire, laboratory tests and physical examination. 26,000 members were asked if they would like to help understand how childhood events might affect adult life and as a result ten questions were added to surveys sent out to 17,421 members between 1995 and 1997. These questions related to three types of abuse (sexual, verbal, physical), five types of family dysfunction (mental illness, addiction, domestic violence, incarceration, loss) and two types of neglect (emotional and physical). The participants were then followed up for more than fifteen years and relations between the number of ACEs reported and their health as adults were examined. The seminal research paper published in 1998 refers to an initial cohort of just over 9,000 adults (Felitti VJ, Anda RF, Nordenberg D, et al. relationship of childhood abuse and household dysfunction to many of the leading causes of death in adults.Am J Previous Med 1998; 14:245-58). The data from the full cohort of 17,421 shows that ACEs are common and that the more ACE types that individuals report, the greater the risks of their health-harming behaviours (eg smoking, sexual risk taking) and both infectious and non- communicable disease.  Almost two thirds of participants reported having at least one ACE and 16% reported having four or more. A dose- response relationship was revealed between the number of ACEs experienced by an individual and adult onset of chronic disease (both physical and mental as well as risk taking behaviours and risk of  incarceration.

Inspired by Glasgow University GPs at the Deep End Project, four GPs in Yorkshire and Humber have put together  a free online module on ACEs. Their website is Fair Health Learning .

The theory put forward by Center on the Developing Child, Harvard University and The Youth Wellness Center in San Francisco is that some of the effects of toxic stress can be buffered by responsive relationships and the earlier in childhood that the exposure to the toxic stress is reduced and buffering begins, the better the outcomes.

The seminal study by Anda and Felitti  has since been replicated and expanded upon globally and in August 2017 The Lancet published a paper funded by Public Health Wales and produced by The College of Health and Behavioural Sciences, Bangor University, Wales (Professor K Hughes , Professor M A Bellis eg al). In this international systematic review and meta analysis risk estimates for individuals (age 18 or more) with at least four ACEs were compared with those with none. Professor Mark Bellis published again in  The Lancet  3rd September 2019 -'Life course health consequences and associated annual costs of adverse childhood experiences across Europe and North America: a systematic review and meta analysis'. This second paper was funded by the World Health Organization Regional Office for Europe and the findings suggest that a 10% reduction in ACE prevalence could equate to annual savings of $105 billion and that rebalancing expenditure towards ensuring safe and nurturing childhoods would be economically beneficial and relieve pressures on health-care systems.

The conclusion drawn by the Welsh team is that having four or more ACEs is a major risk factor for many health conditions. The outcomes most strongly associated with multiple ACEs in their study represent ACE risks for the next generation (eg violence, mental illness and substance use). This paper authored by Professor Mark Bellis, Hughes, Perkins and Bennett in 2012 describes Violence Reduction as a Public Health issue.

A comment about the 2017 paper by Stuart A Kinner and Rohan Borschmann of Melbourne University, Australia  again in the The Lancet summarises the research as showing that exposure to at least four ACEs was associated with increased odds of poor mental, physical and sexual health; harmful substance use ; violence ( perpetration and victimisation); and physical inactivity. The association between multiple ACE exposures and subsequent suicide attempts gave an odds ration of 30:14 but the association between ACE exposure and self harm was not assessed. In addition the study showed a consistent association between exposure to at least four ACEs and poor health outcomes irrespective of the particular combination of ACEs pointing toward a causal pathway defined by cumulative exposure to stress, trauma and adversity rather than the specific effects of exposure to particular individual adversities.

The dose dependent relationship between ACE exposure and poor health outcomes is not as clear in the Welsh meta analysis as in the original work by Felitti and Anda.  This reflects how the data was colllected - specifically the heterogeneity in construction of the exposure variable In the Welsh study.

The two articles in the Lancet are attached to this page as are a number of other studies including a study of over 5000 adults in Northamptonshire, Luton and Hertfordshire and a small Welsh study which pre dated the 2017 meta analysis. A study into the feasibility of routine ACEs assessment in General Practice is also attached - the report describes, for routine enquiry about ACEs in Primary Care, the process of design and engagement. It explores practitioners’ experiences of delivery, challenges and barriers to implementation, and the perceived successes and impacts of the pilot. Practitioners’ reflections on opportunities for future development are also shared.  Data collected from quantitative patient feedback surveys are summarised and anonymised patient data are used to explore the relationship between ACEs and health and wellbeing outcomes, as well as to tentatively examine the impact of ACE enquiry on health service use. At the very bottom of the page is a link to The Prisoner ACE Study (Public Health Wales and Bangor University) 2019.

The Welsh Public Health Team have created an online Learning Network with free access to  their research on and responses to ACEs . I have attached links to some of the recent research below. Understanding the interdependence between individuals and communities is another recent publication.

In addition to the evidence base we have been using from Centre on the Developing Child, Harvard University there is now an evidence base for  trauma informed approaches including  Mindful Emotion Coaching  in the UK.  Public Health Wales  commissioned Dr Alisha Davies and her team to examine evidence across a variety of programes responding to ACEs and published 'Responding to Adverse Childhood Experiences' in May 2019. Please refer particularly to page 26 of the report which describes 7 cross cutting themes to support an ACE-informed approach :

In March 2021 the Welsh Government produced a 'review of ACE policy' report  in which the use of a modified 'ACE questionnaire' whilst encouragedd as a research tool was resoundingly discouraged within services.

It is important to remember that ‘Attachment Awareness’ programmes have run for decades within Public Services and Third Sector Organisations in the UK. ACE Informed practice differs from the embedded Attachment based practice in several key ways. The immediate difference is the concept that the impact on health, wellbeing and behaviour correlates with the level of toxic stress experienced rather than the specifics of the stress. This takes us away from the current model commonly used within Early Help Services of narrative accounts and assessments and into a model that focuses on the total level of exposure, education about toxic stress, reducing ongoing exposure through home visiting/ coaching and embedding trauma informed approaches (eg Mindful Emotion Coaching) in schools and communities.

EHCAP is applying the learning from these studies and from institutions such as Center on Child Development, Harvard and The Youth Wellness Centre in San Francisco. Through our Learning Communities we are developing bespoke Wellness Plans  integrating learning from trauma informed approaches into planning for wellness.  We are attempting to identify what works or doesn’t work for particular subgroups and aspire to enable collisions of expertise by collaborating across differing groups and services. The current project Dr Temple is working with is with Early Years services.

The latest analysis of using the ACE questionnaire in Primary Care , Wales is here - published March 2021

Opening Doors: Trauma Informed Practice for the Workforce from NES on Vimeo.

Responding to ACEs in Prison settings in Wales